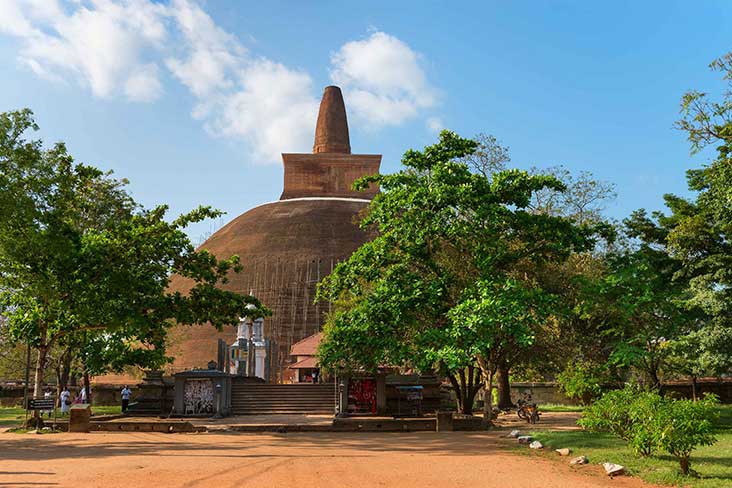 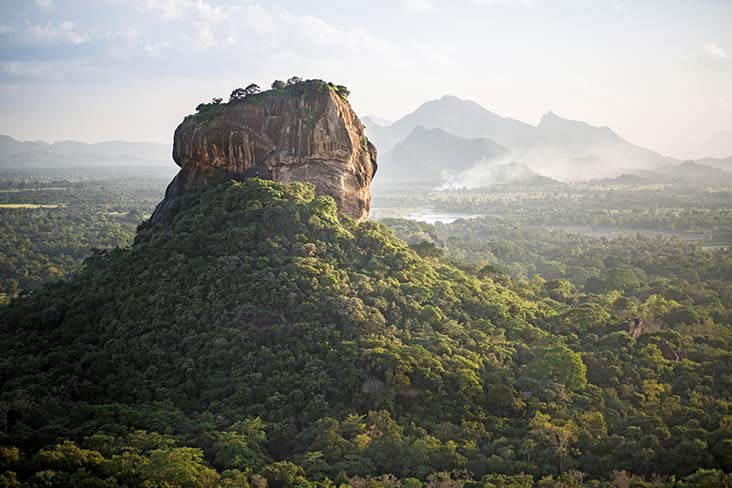 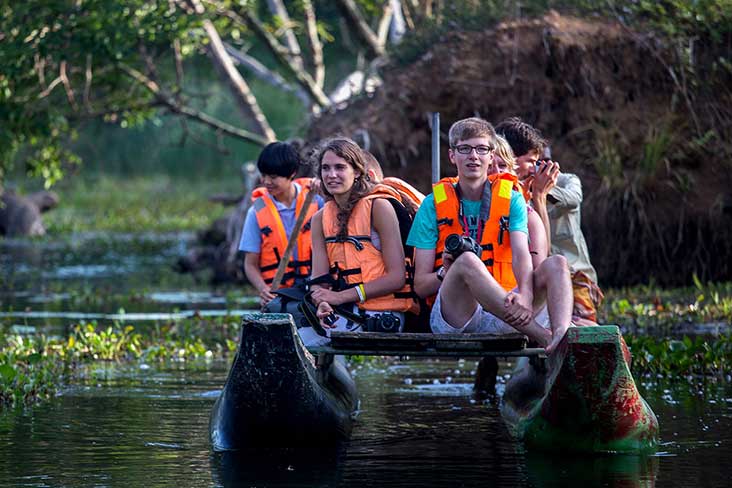 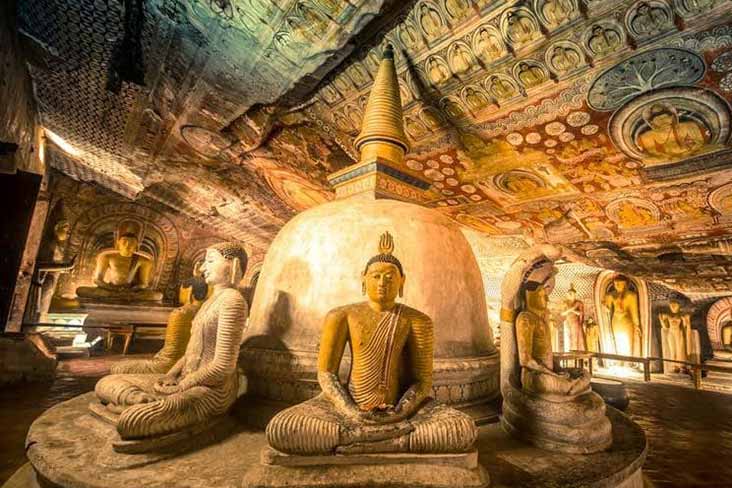 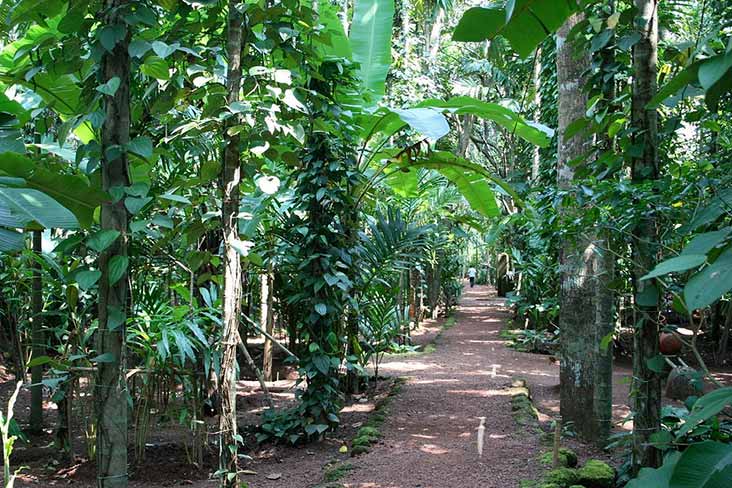 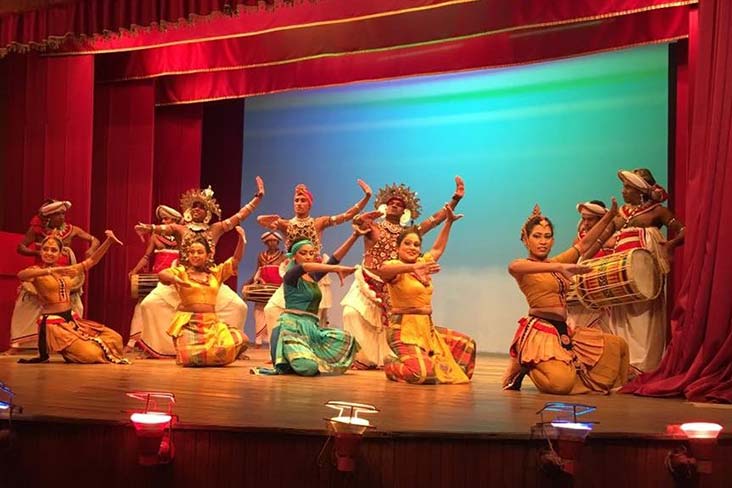 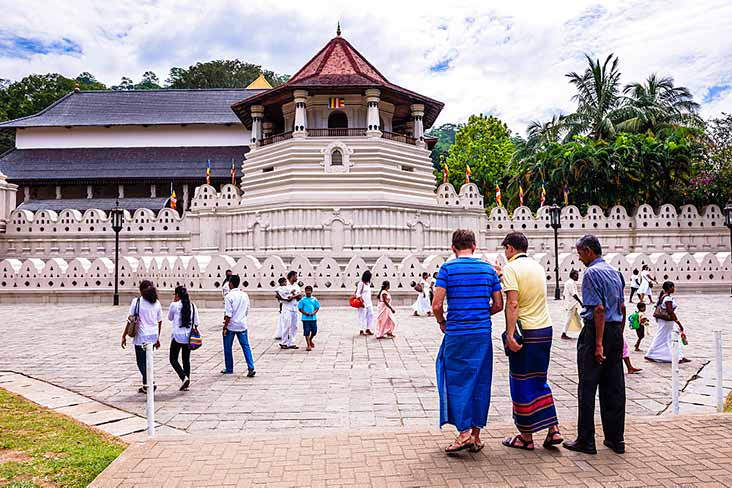 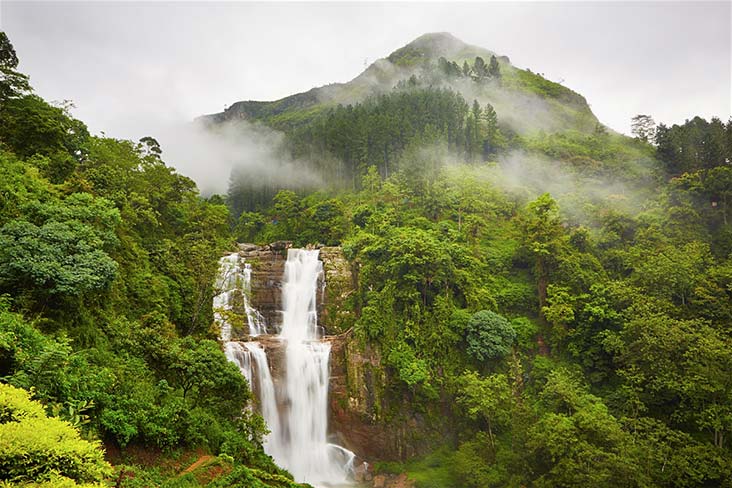 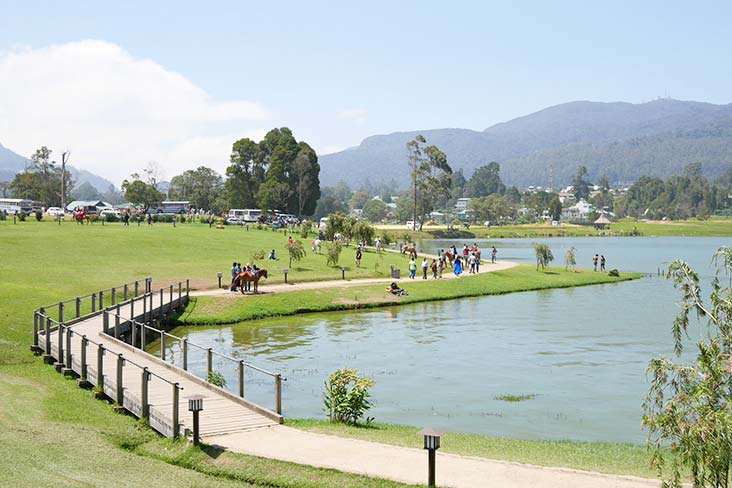 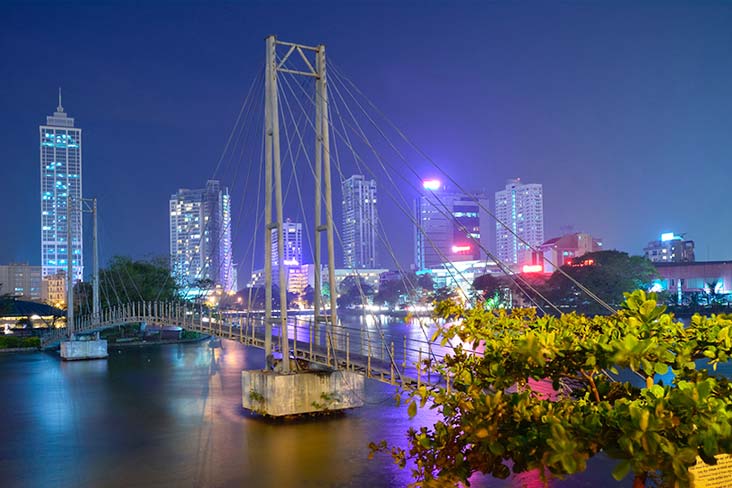 Early check-in & Late check-out
Entrance/excursion fees to the places mentioned in our itinerary
Tips and other expenses of a personal nature
Visas and travel insurance
Spending money – budget for meals, snacks, drinks, limited souvenirs, laundry, tips and any extras
International flights to/from the start/end of your tour and departure taxes

Anuradhapura is the most celebrated of Sri Lanka’s ancient ruined cities. The city’s greatest treasures are its dagabas constructed of small sun-dried bricks and hemispherical in shape. The most notable of these dagabas are the Ruvanveli which dates back to the 2nd Century BC and is 3 00ft in diameter, the Jetawanarama is 370ft and the Thuparama which enshrines the collarbone of the Buddha. The city’s most renowned relic is the sacred Bo-Tree which is said to have grown from a branch of the tree under which the Buddha gained enlightenment. It was planted 2250 years ago and is the oldest historic tree in the world.

Sigiriya is treated as one of the most remarkable creations in the world, built by King Kashyapa (477-495 AD). Path through the gardens along Stone stairways come to the Lion Gate. Only the rock carving and the brick structure is evident today of the lion’s mouth through which millions of people have walked to admire the beauty of this magnificent citadel.

Enjoy the farmer's humble hospitality. With the guidance of the farmer, pick some fresh vegetables from the plot and join in the preparation of a simple meal prepared in the traditional method using earthenware pots and firewood as fuel. This is a great opportunity to sample authentic local cuisine. The journey continues through dense shrub forests

Dambulla Rock temple was built by King Walagambahu during the 1st Century B.C. Dambulla is a UENESCO world heritage site. There are more than 80 documented caves in the surrounding and the paintings are done on the ceiling. There are a total of 153 Buddha statues 3 statues of Sri Lankan kings and 4 statues of god and goddess.

Temple of the Tooth

Temple of the Tooth, Museum, Devala

Temple of the Sacred Tooth Relic is a Buddhist temple in the city of Kandy Sri Lanka. It is located in the royal palace complex of the former Kingdom of Kandy, which houses the relic of the tooth of Buddha.

Nuwara Eliya is located at the heart of the hill country 6182 feet above from the sea level. It is still very much like an old English town with styled Bungalows and buildings. The cool calm climate, gorges rolling tea plantation which makes the best “Ceylon tea” and the breathtaking beautiful waterfalls makes Nuwara Eliya one of the most beautiful town in the world. Nuwara Ealiya also has one of the finest 18 hole golf courses in South Asia.

We can do a city tour of Colombo. Colombo is the commercial and business center of Sri Lanka located on west cost. The city blends together with old colonial type building, high-rise commercial buildings and hotels. For example, there is a 100-year-old clock tower. And the Bandaranaike Memorial International Conference Hall (BMICH) which was a gift to Sri Lanka from the People’s Republic of China

Upon Arrival to the Bandaranayke International Airport be greeted by your chauffer guide Transfer to Anuradhapura within Sri Lanka’s rich cultural triangle. Anuradhapura is one of the holiest cities in Sri Lanka. The holiest item is the Bodhi Tree. This Bodhi tree is a sampling of the original Tree at which the Buddha sat as he attained enlightenment.

Dinner & Over Night Stay at Anuradhapura

Afterwards breakfast proceed to Habarana, the hub of the cultural triangle. Depart to the Lions Rock in Sigiriya, a UNESCO world heritage site adorning a palace on its peak. A must visit for anyone visiting Sri Lanka. In the afternoon head to, a nature trail that gives you an insight into Sri Lankan village life. Visit an elephant watch tree house and enjoy a catamaran ride and a bullock cart ride,

After breakfast proceed to Kandy, while visiting the Rock Cave Temple in Dambulla and Ayurveda herbal garden Matale an route. Later in the evening witness a Cultural Dance performance.

Dinner & Over Night Stay at Kandy

After breakfast proceed to Nuwara Eliya. After settling in at the hotel, conduct a sightseeing tour including a visit to a Tea Factory / Plantation.

After breakfast proceed to Colombo. In the evening tour the city of Colombo and indulge in some last minute shopping. Proceed to the Airport in time for the connecting Flight.

Airport, Hotel or Your Location